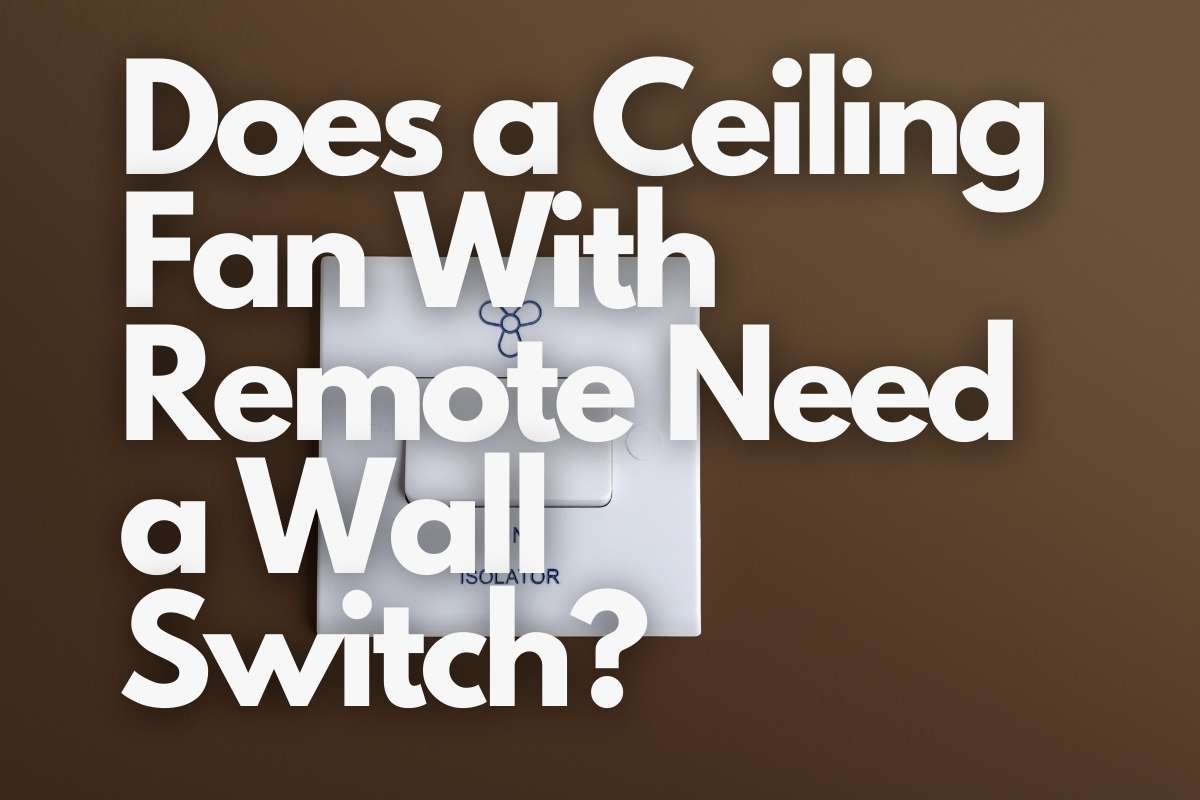 Remote-controlled ceiling fans make cooling off your home simple. At the touch of a button, you can adjust speeds, turn your fan off and on, or adjust lighting settings. Alternatively, you can always wire in a wall switch, they don’t usually need a wall switch to work.

How Do Ceiling Fans With a Remote Control Work?

Remote-controlled ceiling fans use the same controls as most fans do, but you can change all fan settings with your remote control.

The transmission mechanism inside your fan then adjusts the power setting, changing the fan’s speed, turning it off or on, or adjusting the optional light on your fan. Because the transmitter can control your fan, you don’t need a wall switch to adjust the settings.

You can use the remote control for any adjustments you need to make.

No matter whether you’re in the market for a new remote control fan or you want to install a remote transmitter on your pre-existing fan, you’ll want something you can rely on.

Some of the best remote control ceiling fan products include:

Let’s talk more about the advantages of these fans and transmitters so that you can find the best one for you.

Suggested: Do universal remotes work with all ceiling fans?

I usually recommend Hunter fans for people who want to upgrade to remote controls. This is because these fans usually last much longer than other fans, and are far less liable to break or malfunction.

My preferred model is the Hunter Signal Indoor Ceiling Fan from Amazon.com. It is classy, efficient, silent, well-balanced, and reliable, while at the same time, it has a stunning yet subtle design that combines beauty with the utility of your ceiling fan.

Honeywell’s Carmel 48” (1.21-m) ceiling fan, available on Amazon.com, is another excellent choice. It has a stunning design with reversible blades and doesn’t wobble when it runs. This fan is also easy to install independently, so you won’t need to worry about complicated installation instructions.

It also has lights that you can control with the remote, making it easy to adjust your airflow and lighting from one easy place, all without a wall switch.

Even if your ceiling fan doesn’t have a remote control, you can always install one on your own. I recommend Aubric’s Smart Wifi Ceiling Fan and Light Remote Control Kit from Amazon.com, as I’ve found it to be more reliable than most other transmitters.

It is also much simpler to install and works with most fans, even the ones that aren’t compatible with other remote controls. You can turn your old fan into a trusty, remote-controlled fan with this kit.

How To Wire a Remote Control Ceiling Fan Without a Switch

Wiring a remote control ceiling fan is simple, and if you aren’t using a wall switch, it is even easier. Before you install your remote control fan, you will have to remove the old one.

To replace your old fan and wire your remote control fan:

Suggested: How to turn on/off a ceiling fan if a remote is broken?

Installing a remote control transmitter into your fan is fairly simple as long as you have a ladder that reaches your ceiling. Keep in mind that instructions may differ from product to product.

However, in general, here are the steps you’ll need to follow:

For more help, you can also refer to this helpful video on installing a ceiling fan with remote control:

Remote control ceiling fans don’t need a wall switch to work, though you can always use one to make your life simpler. There are plenty of excellent remote control fans on the market, and you can even use a remote transmitter kit to turn your old fan onto a convenient, remote-controlled version of itself. Installing remote control fans is simple, and most people can do it themselves.