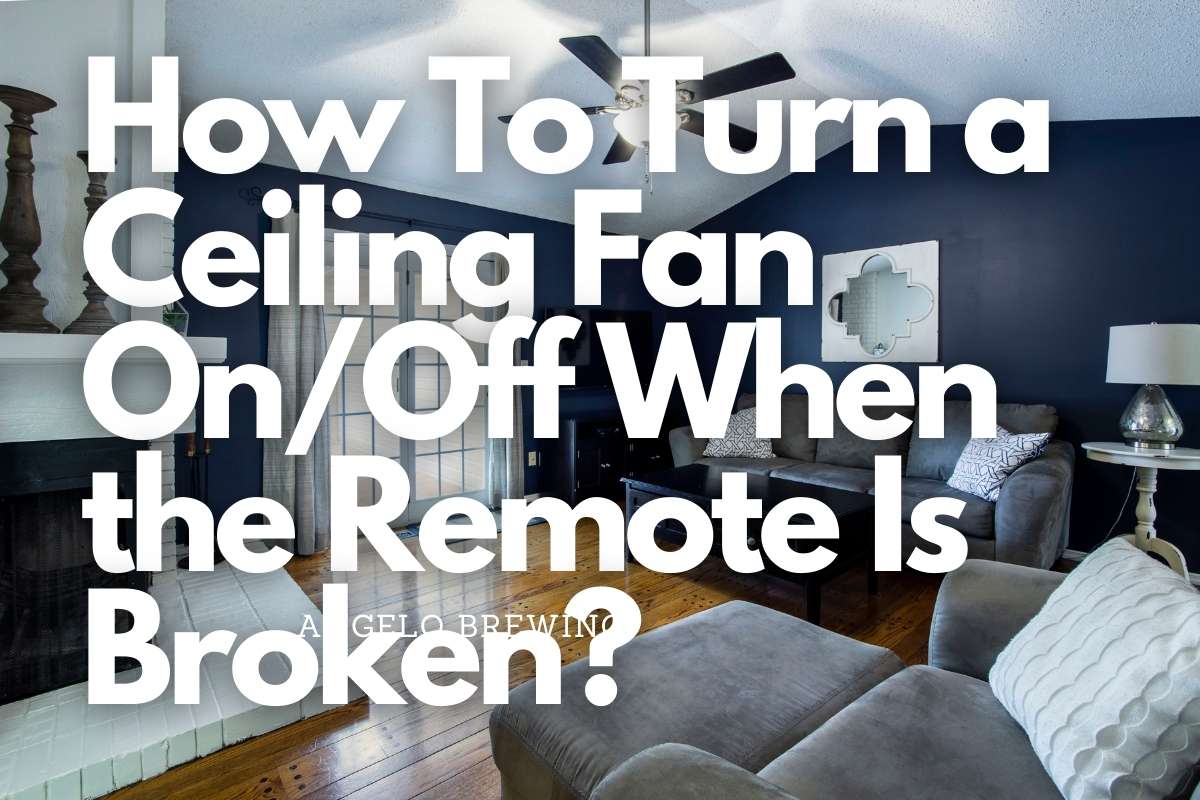 Here are a few ways you can turn a ceiling fan on or off when the remote is broken:

When you buy a ceiling fan with a remote control, you likely don’t anticipate the remote breaking. As such, you probably don’t instinctively know what to do when your remote does break. The good news is, it’s usually a simple process, and this article will explain the process.

Knowing how the fan pull cord works is simple when you know a few basic details. You may need to pull the cord several times to hit the right speed or to turn the fan off if it’s in the “on” position when the remote breaks.

Here’s an essential guide for manually operating your ceiling fan using the attached pull cord when the remote is broken.

Be careful not to pull too hard to avoid damaging the fan. On the other hand, if you pull the cord too softly, the fan may not turn on or off, so finding the right pull balance is key to ensuring your fan turns on or off.

Suggested: 13 reasons your ceiling fan doesn’t work and how to fix it

2. Know the Difference Between the Fan Cord and the Light Cord

Knowing the difference between the fan cord and the light cord ensures you’ll turn the correct function on or off as intended.

Confused about which cord is which? Don’t worry; it’s easy to tell the difference:

Suggested: Does a ceiling fan with remote need a wall switch?

3. Fix or Replace the Remote if Needed

A broken remote doesn’t have to be a permanent problem. Sometimes, you can fix remotes quickly. Be sure first to troubleshoot some common areas to see if your fan remote might have more life in it. If the quick fixes don’t work, replace the remote. Doing so can be cheaper than replacing the entire fan.

Suggested: Do universal remotes work with all ceiling fans?

Here are some tips for fixing or replacing your fan remote so you can turn your ceiling fan off and on with ease again:

Before you determine your remote is broken, remove the battery cover and test or replace the battery. Testing the battery can tell you quickly if you need a replacement.

If you don’t have a tester, first look for an indicator light. If there isn’t one, try replacing the batteries with new ones and see if your remote works again.

Check the Range and Frequency

Sometimes, a remote isn’t permanently broken. Looking for a quick fix solution can be a wise idea before spending money on a replacement.

Check both the range and the frequency of your remote to troubleshoot the problem when your remote stops working.

To check the range of your remote:

Standing within 10-20 feet (3-6 m) should be effective if the remote is working and if the issue is simply a matter of range. Although many remotes work up to 40 feet away (12.19 m), closer is often better.

Your remote and fan might not be on the same frequency, especially if you’ve recently bought the fan or replaced the remote. Changing the frequency is relatively technical, and you need a ladder with a couple of screwdrivers.

Check out the following video to learn what to do:

If you’ve exhausted all the previous options, it might be time to replace the remote. The good news is that there are many universal ceiling fan remotes on the market, so finding a replacement should be pretty straightforward.

You may consider replacing your remote, especially if your fan doesn’t have a built-in switch, as electrical rewiring can be a costly alternative.

Need help installing your new remote control? What the video below: