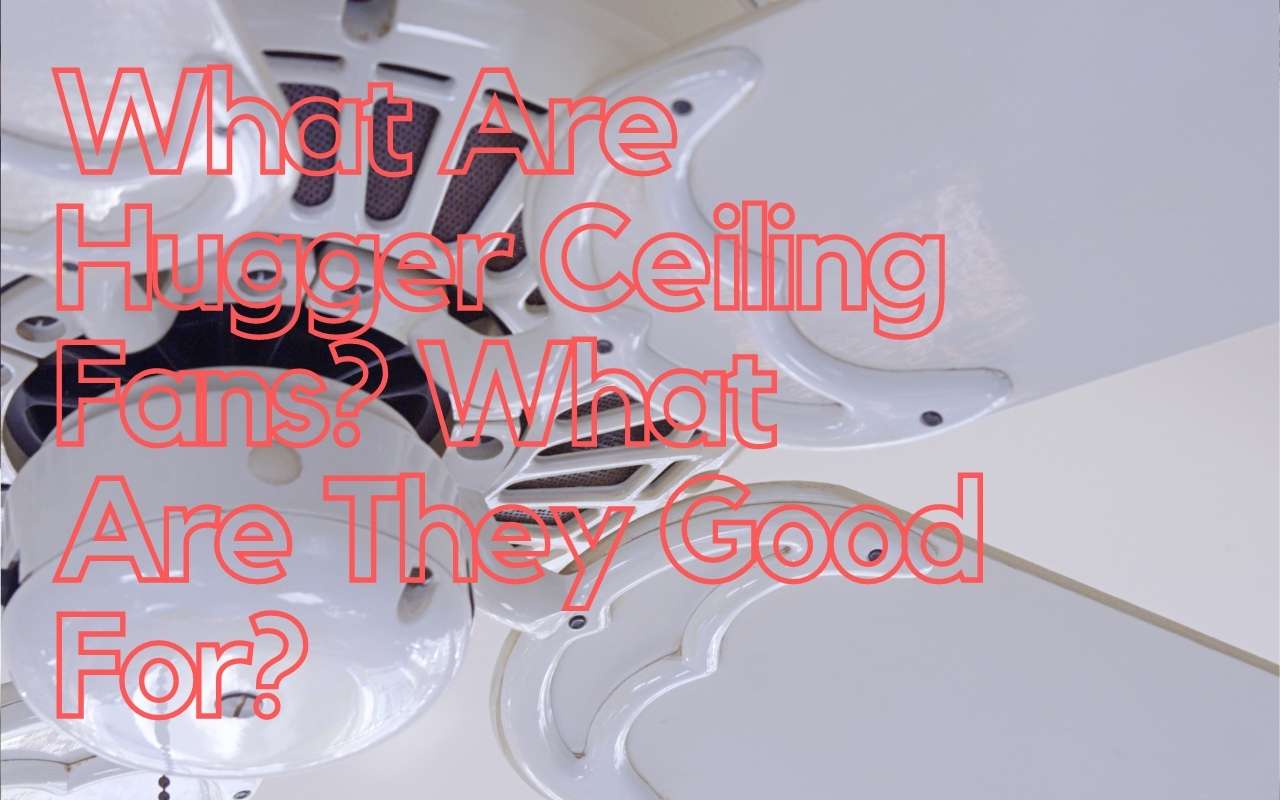 There are tons of different types of ceiling fans. You might have noticed the words ‘hugger fan’ while shopping for a ceiling fan. What does that actually mean? There are 4 types of mounting systems for all ceiling fans: standard mount, extended mount, flush-mount, and sloped mount, so what type are hugger ceiling fans?

What Kind of Fans Are Hugger Ceiling Fans?

Hugger ceiling fans are flush-mount ceiling fans. These fans don’t have downrods, only the mounting ball and maybe a stylish canopy between the ceiling bracket and the housing and motor of the fan depending on the design.

Suggested: What are the different types of ceiling fan?

Your technician will drill the required number of holes into the ceiling to install a heavy-duty bracket and then screw in the base of the hugger ceiling fan.

Hugger ceiling fans are not necessarily smaller or weaker than conventional types. They may have the same blade size, type of motor, and special features as other contemporary ceiling fans. The only difference is the height from the floor in the absence of the downward rod.

What Rooms Are Hugger Ceiling Fans Good For?

It is better to always abide by the suggested fan sizes per room dimension. Fan size is the diameter of the entire area covered by the fan and its blades in motion, also known as blade span or blade sweep. It is not the length of one blade.

Energy Star recommends a blade span or fan size of 29 to 36 inches (73.66 to 91.44 cm) for rooms smaller than 75 sq. ft. The fan size recommendations are in addition to the height criterion for adequate safety.

Hugger ceiling fans are safe and perfect for smaller rooms and spaces with lower ceilings. If the height of a room is 9 to 10 feet (2.74 m to 3.05 m), and you have to install a fan above your bed or on a sloped ceiling, a flush-mounted hugger fan is a practical and safe option.

Suggested: Can you put a ceiling fan on a 7′ high ceiling?

The only physical distinction between flush-mounted hugger and low-profile ceiling fans is the down-rod. If you use a 4 inches (10.16 cm) rod for your low-profile fan, it will be closer to you and the floor by an equivalent distance. A flush-mounted hugger fan will be farther up towards the ceiling by 4 inches (10.16 cm) in the absence of the rod.

The Downside of a Hugger Ceiling Fan

The only downside of a hugger ceiling fan is its airflow or cubic feet per minute capacity that is less than that of a low-profile or standard ceiling fan of identical specifications. This is not due to huggers having weaker motors or inferior craftsmanship, though.

The absence of a downward rod reduces the free space between the ceiling and the blades, thus restricting the fan’s airflow.

Hugger ceiling fans can have as many of the identical features as in the alternatives:

Should You Buy a Hugger Ceiling Fan?

You should buy a hugger ceiling fan if you have a room, basement, or attic with a ceiling height of 8 feet (2.44 m) or less. Huggers are also suitable for sloped ceilings and installations above a bed or other spaces that need more headroom.

Compare enough hugger ceiling fans to choose one with sufficient airflow or cubic feet per minute capacity, given your needs.

Hugger ceiling fans are necessary, practical, and safe in small rooms with low ceilings. They are affordable, durable, and can have all the latest features. Compact huggers are perfect for kitchens, dining areas, bathrooms, basements, and attics. Stylish midsize huggers are not only useful but also look amazing above beds. You may choose hugger ceiling fans for your porch, patio, or sunroom, too.